“And he gave the apostles, the prophets, the evangelists, the shepherds and teachers, to equip the saints for the work of ministry, for building up the body of Christ...” (Ephesians 4:11–12) 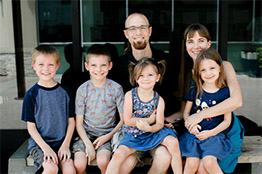 Originally from Corpus Christi, Texas, Bret moved to Fort Worth in 2004 to attend seminary while working as a welder and plumber. As a daughter of missionaries, Rachel grew up in West Africa and later attended Texas A&M. Bret met Rachel in 2003 on a family hunting trip and married Rachel in the summer of 2006. Shortly thereafter, they joined Redeemer Church. Bret once served as a deacon of our bookstore ministry, a part-time children’s ministry intern, and a care group leader.

In August of 2011, Redeemer Church affirmed Bret to serve as a vocational pastor. Bret received his Master of Divinity (2007) and Ph.D. in New Testament Studies (2017) from Southwestern Baptist Theological Seminary. By God’s relentless grace, fervent prayer, and the members’ faithful partnership in the gospel, Bret’s hope is that Redeemer Church hear the voice of their Chief Shepherd, Jesus Christ, as they labor together to spread God’s glory to their neighbors and the nations.

Originally from Killeen, Texas, Trey came to faith in Christ his senior year in high school and grew in his faith during his time in college at Texas A&M. Over the years Trey and his wife, Erin, have served in a number of areas including children's, youth, college, and small group ministries. Trey and Erin invested in Redeemer Church during its early days as a church plant. They then moved to Maryland for nine years where Trey served in another church plant as an elder and Erin as children’s ministry director before returning to Texas in 2018. Trey is excited to serve as a pastor at Redeemer Church having been appointed in 2019. He received his Master of Divinity from The Southern Baptist Theological Seminary in Louisville, Kentucky. Trey and Erin have 4 children, ages 1 to 16. 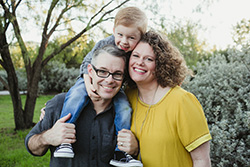 Gary joined the ministry team of Redeemer Church in 2006, just a little over a year from our founding. He holds a Master of Arts in Worship Studies from Southwestern Baptist Theological Seminary (2004) and a Bachelor of Vocal Music Education from the University of Louisiana at Lafayette. Gary and his wife, Christi, met and married while both were students at ULL in 1995. They have one son, Oliver (2013).

Gary also serves as a care group leader, oversees our website, communications, coordinates various special events, and fills various administrative roles. As an extension of his ministry at Redeemer Church, he also writes songs and new hymn arrangements for congregational worship published under Redeemer Church Music and at NewMonikerMusic.com. Gary is an avid distance runner and is very active in Fort Worth's local running community. 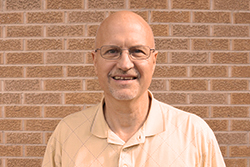 Gary was born and raised in Fort Worth and moved to the White Settlement area in 1987. Married for almost 11 years and a widower since July 2005, Gary has been blessed with 8 children and 7 grandchildren with 3 children still home that he home schools (Jansen, Destin, Darian). Gary owns and manages rental properties in the area. Gary has been part of Redeemer Church since November of 2008. In addition to caring for Redeemer’s facilities, Gary also ministers in nursing homes, Alzheimer’s facilities, and hospice houses by sharing the gospel through music and testimony. 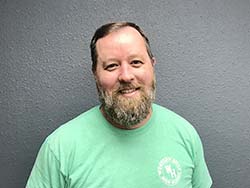 Michael serves as deacon of Redeemer's DIG Children & Youth Ministry. Together with his wife, Meg, they are blessed with five children. Michael holds Masters of Arts in Middle Eastern Studies from Southwestern Baptist Theological Seminary and is a Language Arts teacher in the Fort Worth ISD. 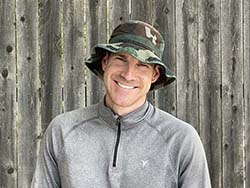 A firefighter by trade, Chad serves the body of Redeemer Church as deacon serving the needs of men's ministry and discipleship. Together with his wife Amanda, they are blessed with two children.

Dale was one of Redeemer Church's founding elders. He and his wife, Julia (married since 1967), have lived in the Fort Worth area for many years and have three grown children who live in DFW. Dale served in the Air Force before settling in Fort Worth, where he worked as a physical therapist by profession. Before coming to Redeemer Church, Dale served as the young married Sunday school teacher in another SBC church in Fort Worth and later spent several years at a local church plant. He currently serves as a board member for the Pregnancy Help Center of Fort Worth. Shortly after retiring from the elder board to free up more of his time for family and grandchildren, Dale was recognized and installed as a deacon in 2022.